You are here: Home / About us

PDA was founded in 1995 in Leimen near Heidelberg (Germany). In 2005 the company moved to Calpe (Spain) with a simultaneous change of ownership. Subsequently, the international sphere of activity was expanded. Countries such as Greece, Croatia, Ukraine, Russia, Poland and Hungary were added. Further PDA became member with the RSTC Europe and could itself over the EUF (European Underwater Federation) with the ISO standard recognized world-wide be certified.

The European Underwater Federation is an umbrella organization which represents the interests of the commercial diving education associations.
In 2015 there was another change of ownership of PDA. This change also meant the return to Germany. The current owner Marc Baum moved the company headquarters to Ketsch am Rhein.

Marc Baum was already in 1996 PDA Instructor Trainer and active as Course Director / Examiner of other well-known associations. By the owner change he took over the business of PDA holistically. Through his many years of experience and diverse contacts in the diving industry, he has built an expert team around himself that with a lot of dedication and enthusiasm PDA continues to grow. Since the takeover, countries such as South Korea, Philippines, Argentina, Brazil and Serbia have been added, each with their own service centers. 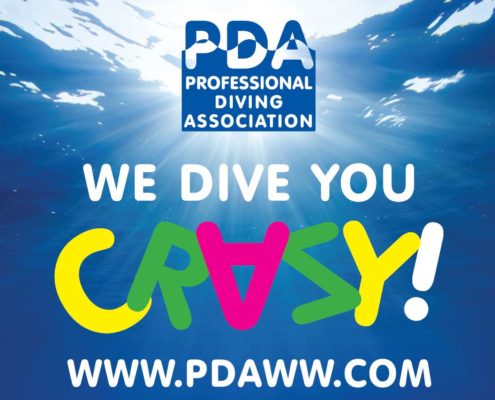 In 1988 he learnt to dive in Spain and continued his education. Due to his large number of dives and trainings he became PDA Instructor Trainer as well as Course Director and Examiner of well-known organizations at a young age.

Bernd is responsible for design, brevet’s, stamps, flags, logo etc. He is also active in training. He trains everything from OWD students to PDA instructors and also crosst new instructors to PDA.

For over 20 years he has been deeply involved in the German diving sport, also known as managing director of Taucher.net. Already working as a PDA Instructor in 1997, he now represents the interests of PDA at all RSTC-Europe Meetings.

Markus is the expert for Freediving in our team. For many years he has been working in the area of Freediving and from 2016 he will be responsible for the training as PDA Course Director.

Matthias is active in the areas of recreational and technical diving, as well as first aid training.

Peter is our PDA Service Center Asia Manager, he organizes many of the PDA Service Centers abroad. He is also responsible for the administrative area of ISO certifications, training records and teaching materials.

Claudia is responsible for the accounting and administration of the PDA members.

We may request cookies to be set on your device. We use cookies to let us know when you visit our websites, how you interact with us, to enrich your user experience, and to customize your relationship with our website.

Click on the different category headings to find out more. You can also change some of your preferences. Note that blocking some types of cookies may impact your experience on our websites and the services we are able to offer.

These cookies are strictly necessary to provide you with services available through our website and to use some of its features.

Because these cookies are strictly necessary to deliver the website, you cannot refuse them without impacting how our site functions. You can block or delete them by changing your browser settings and force blocking all cookies on this website.

These cookies collect information that is used either in aggregate form to help us understand how our website is being used or how effective our marketing campaigns are, or to help us customize our website and application for you in order to enhance your experience.

If you do not want that we track your visist to our site you can disable tracking in your browser here:

We also use different external services like Google Webfonts, Google Maps and external Video providers. Since these providers may collect personal data like your IP address we allow you to block them here. Please be aware that this might heavily reduce the functionality and appearance of our site. Changes will take effect once you reload the page.